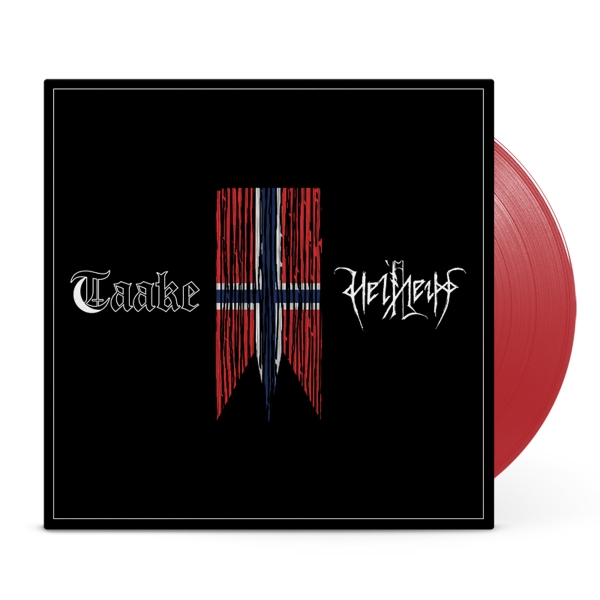 As the year 2020 has been quite unusual, Taake has also done things differently. This year the band has done two split-10” with Whoredom Rife and Deathcult on different labels. So, this is the third and last installment of these split-10”s, and this time it’s together with labelmates Helheim.

For this split release, Taake has recorded two new tracks: “Brotne Bein og Mannefall” and “Ein Baat I Foss”, with lyrics from the old Norwegian writer Arne Garborg (approximately 1895). This is the true Norwegian black metal that we all crave for. Gritty, dark and cold as father winter of dread himself.

Helheim’s contributions are two cover songs: A cover of Emperor’s “Heksesabbat / Witches Sabbath”, originally released on the tribute album “A Tribute to Emperor – In Honour of Icon E” from 2012 (now remastered) - and a quite different and original version of the Taake song “Orkan” from the album Noregs Vaapen.

“Henholdsvis” is both a tribute to the old and showing new paths for Taake and concludes Taakes split-10” trilogy series.